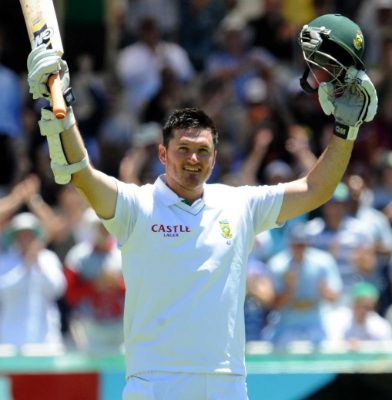 Graeme Smith on board

Graeme Smith best known for his early captaincy of the South African National Cricket team, has won him accolades of fame and popularity. He was given the captaincy of the team at a young age of 22 and was handed over a responsibility of reviving and restoring faith of the Proteas.

In his career of both test and ODI, Smith has a lot of records to his name, the best being the highest wins in a test match as captain with 50 wins, he also holds the record for highest centuries by any captain in test match wins with 15 centuries. One of his best was the score at Lords against England in 2013, where he made consecutive double hundreds and his 259 remains the highest score by a foreigner.

As a captain Smith has always set examples that others could look upto. Will he chase a new record on top of the world and will he lead the Royals to fame and glory at St. Moritz?

We are so pleased to have him on board. His presence at St. Moritz Ice Cricket guarantees multifold of excitement, so gear up and subscribe for our newsletter. Who will join him from South Africa all the way to St. Moritz – follow us on facebook and twitter: IceCricketCH