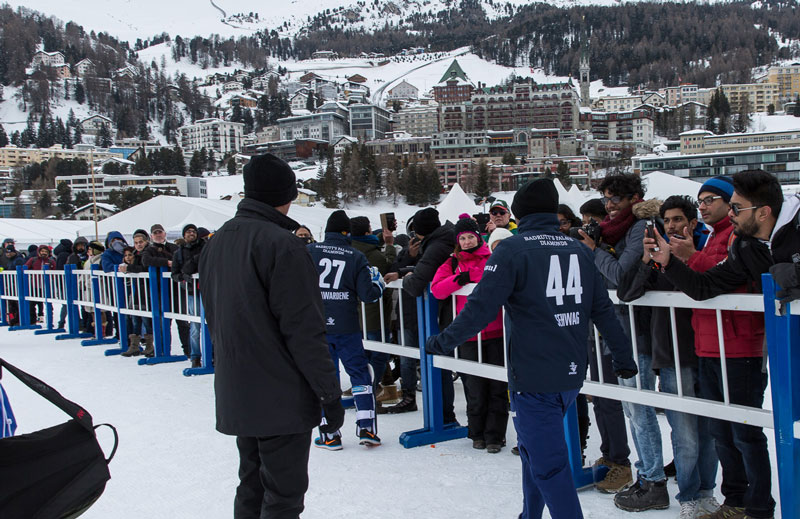 St. Moritz became the centre of the cricket world for two days. On 8 and 9 February 2018, stars from India, England, Australia, South Africa, New Zealand and other Commonwealth nations played two cricket games on the frozen Lake of St. Moritz.

“Our vision is uniqueness,” says Vijay Singh, organizer of the Amul St. Moritz Ice Cricket event. “And that’s exactly what we made happen. The first ice-cricket tournament in the world.” A great success: Exciting duels and great sportsmanship in the icy Engadin cold. “The top players crossed borders and showed that it is possible to play cricket at the highest level. And on snow and at minus temperatures.”

Team ‘Royal’, led by Pakistan Superstars Shoaib Akhtar and Shahid Afridi, competed against the ‘Badrutt’s Palace Diamonds’, in which perhaps the biggest star of the event was Indian idol Virender Sehwag. One game lasted a good three hours, the Royals won both competitions and thus took the overall victory.
The sports event on the frozen Lake St. Moritz caused a stir in the Commonwealth nations.